The Collection of Polish Kings

We have the honor to present the Collection of Polish Kings to you and your offspring, a collection which in its magnificence was created by the master painter, Jan Matejko. The Collection of Polish Kings and Princes was created at the end of Jan Matejko’s life, at the request of the Viennese publisher, Maurice Perles. The completion of the portrait of the rulers in the Gallery of Kuraszkow is a description of each one, created on the basis of applications, fairy tales and short stories, composed as an “academic” whole. Each of the kings has his place in the corridor of the Academy and forms part of this interesting group of paintings describing their biography in detail.

„Since the collapse of Poland, numerous editions of its history appeared, some of which were less and others more fully illustrated. As a result, we have had the opportunity to get acquainted with the portraits of our nation’s fathers and more important historical events. So far, however, little attention was paid to the issue of the Collection of Polish Kings; the likenesses of which were released to the world but did not fully correspond to their task. Having omitted the technical task, the whole set of portraits was placed on one large card – thus making it impractical – and, moreover, the curriculum vitae of the relevant monarch was not added or a very insufficient description was posted.”

We hope that our descriptions will be pleasant to read, because the intention in their creation was to produce clarity of message and the presentation of historical events in an interesting manner. Matejko began to work on the collection in February 1890, and finished it on 27 January 1892. He produced 44 pencil-drawn, uncolored portraits. The master dreamed of creating oil paintings, but unfortunately did not live long enough. The publishing house of Karol Miarka in Mikolow, Upper Silesia, ordered the production of the portraits in color. To this end, the publisher hired foreign workers, because his contemporary countrymen were not trained to produce this kind of work. We encourage you to familiarize yourself with the history of the former Republic of Poland, with the life and bravery of its kings, without missing the faults that they undoubtedly had. 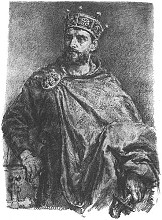 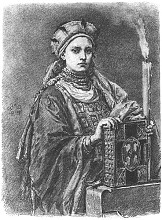 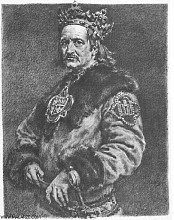